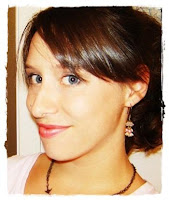 First, a huge thank you to Marisa who was brave enough to send us her first page. Second, I have to tell you I don’t critique like most people because…well, I just don’t. So you’ll have to make do with purple, my favorite color. And last but not least, another big thank you to Dianne who is co-hosting this event with me.

On the day I was born all the spring flowers blossomed, the crickets played their violin wings and the faeries sang songs of love and joy. That’s what my father used to tell me, anyway, as he tucked me into bed at night. (I seem to want to reverse the order of sentences here and start with “My father told me that on the day I was born all the spring flowers blossomed…but that's just me.) I’d lay there with my baby quilt pulled all the way up to my chin (the reasons I might cut this is one, I think it flows a little better, and two, unless that baby quilt is important later I don't think it's needed) and listen as he told me over and over again, the story of my birth and the bliss he and my mother felt as they gazed upon me, their newborn Cinnia Rose. (it's obvious she's newborn)

I knew by the time I was three that spring flowers don’t bloom through the autumn frost and crickets die in the cold. I knew Not to mention the only faeries at my birth were my pixies, and that of the seven of them, only Skipperling can carry a tune. But it was my favorite story. I could listen to it nightly and love it every time. Especially when he got to the part where Amberry announced, “Our sweetling is here,” the first words I ever heard, and the rest of the pixies stepped forward and bestowed me with their gifts. One by one, they touched my brow, rubbed my hair, white and soft as dandelion (this sounds like she’s remembering rather than remembering what she’s been told) seeds, until I was gifted by all seven of them and perfect from head to toe, inside and out, and could dance and sing and count up all the grocery receipts in a cinch. And when the moon rose up to dance with the stars a grand celebration began, with cakes piled high on plates of gold and sparkling punch in silver cups. Everyone laughed and held me close, joy in their hearts and smiles on their faces until the moon went to sleep, and then finally so did I. (I might consider cutting the details of the celebration.)

When my parents died, the story of my birth went with them  and I was forced to cling to the memory alone. Cliché. I would lie in bed at night, repeating it again and again in my head, sometimes out loud, just so I wouldn’t forget how it sounded. But it wasn’t the same without my father telling it to me.

I’m supposed to feel lucky that I was given seven faery gifts at my birth. But I would give back every single one in a heartbeat just to hear my father tell the story one more time.

I have to say I love fairy tales and knowing that this is an urban retelling definitely piques my interest. I also like how the author sets up the mc as sympathetic and creates interest with the mention of her dead parents (how did they die?), faery gifts (if singing, dancing, and counting are three of her faery gifts, what are the other four?), and the forgotten story of her birth (what happened that the story of her birth was forgotten except by her?)

Aside from my suggestions (and they are suggestions, things to consider but not necessarily take to heart), I think the only thing I’d like to see more of is voice. Is she being sarcastic when she mentions all the flowers blooming or is she in awe that such a thing happened at her birth? Does it bother her that pixies gave her gifts instead of fairies? I’d like just a little more of her voice, this Cinnia Rose.


Lastly, I have to say I love the title, and the pixies’ names; they’re fabulous.
Posted by mshatch at 10:07 AM