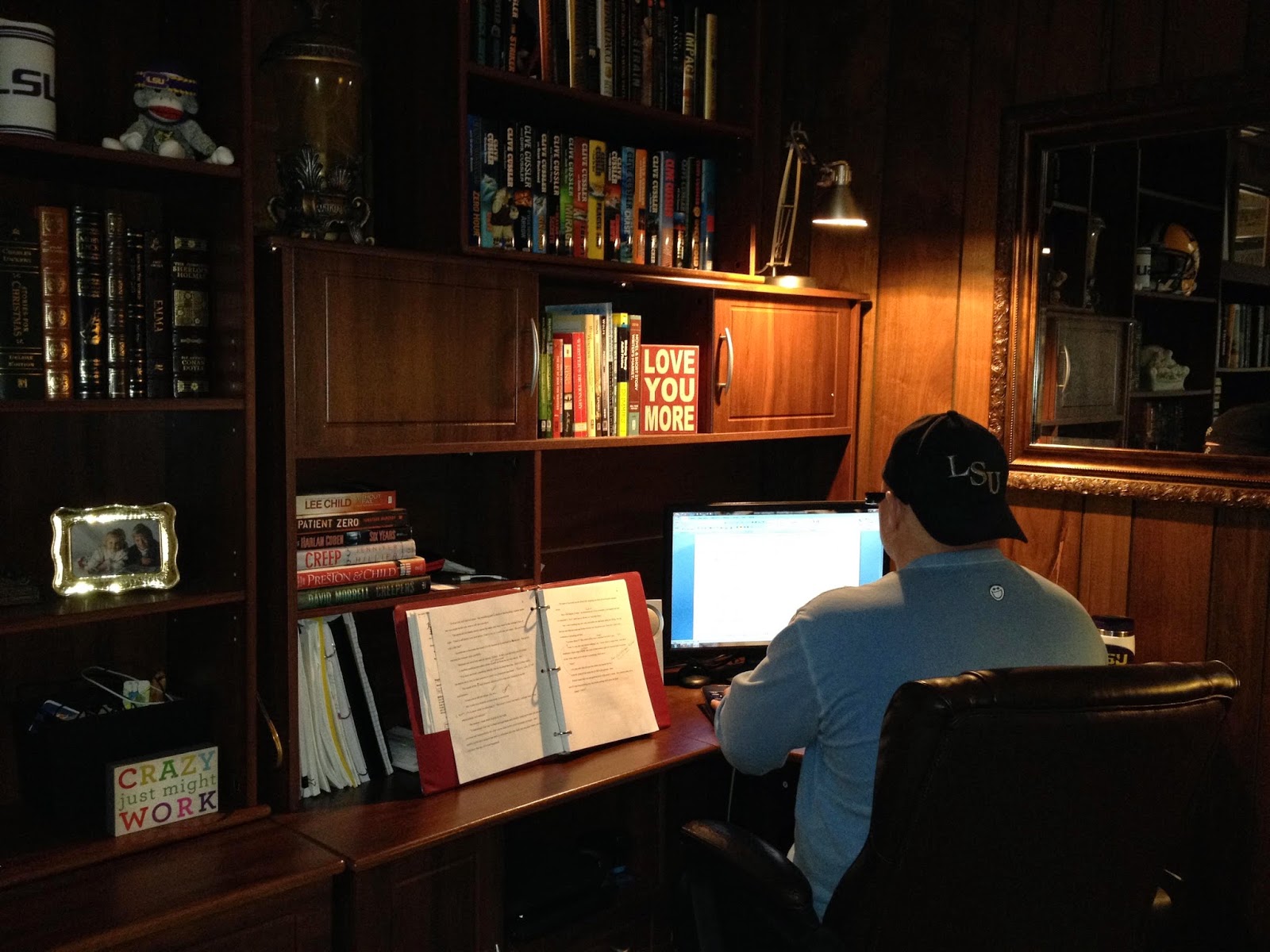 Our first First Impression for this month comes from DL Hammons, founder of D.L. Hammons' Write Club, who has submitted the first page of his YA Horror, MOVING FEAR. As always, author Dianne Salerni will be critiquing this first page as well and you can see what she thought here.

“Are those restraints really necessary?”
The orderly continued strapping the wide leather belt around the woman’s waist without a sign he heard the question. His ill-fitting uniform of matching white pants and short- sleeve shirt suffered from a terminal case of the wrinkles and did a poor job of covering his massive bulk. The laminated hospital ID clipped to his uniform pocket flapped around like a cowboy holding on for dear life atop a bucking bronco. Working without a sound, he finished with the leather girdle and then guided the woman's listless body into the chair opposite the visitor. Only a small metal table separated the two of them.
The priest, dressed in a dark gray suit with a black clergy shirt and white clerical collar, studied the orderly. He watched without comment as the hospital employee (I think you could replace this with 'man' and it would read a little smoother - imo) treated the woman as a side of beef, maneuvering her roughly back and forth, oblivious to her own will.
Thus the reason for the frown on the priest's face. This feels intrusive to me, but I can't quite pinpoint why.
The room he had been waiting in was brightly lit, which he found odd because the intense lighting only accentuated the dust and grime. (So now we are seeing thing's from the priest's pov, correct? Then who's pov were we seeing things from before? An omniscient narrator? Just asking...)  It was clear that the cleaning staff hadn’t concerned themselves with this part of the hospital for quite some time. The filth was emphasized by a musty smell of neglect and a faint hint of stale sweat and urine, which assaulted his nose and had put him in a foul mood as soon as he'd entered the room. The orderly’s actions now only deepened it.
The priest had taken the seat on the far side of the table, putting the mirror covering the majority of the back wall behind him. On the wall to his immediate left rested an old metal radiator, fed by a pipe that ran along the baseboard and into the floor adjacent to the lone entrance. A table and two stiff chairs, all bolted to the concrete floor, were the only furniture in the interview room. I'd get rid of that and cut to the chase. But again, that's just my opinion...
The woman offered no resistance throughout her man-handling, her distant eyes providing no hint that she was even aware of the orderly’s actions. Grabbing the bulky chain hanging from the rear of the belt the woman was now wearing, the hospital worker orderly (because shorter is better here, I think) secured it with a lock to a loophole at the base of the chair. He gave it a quick yank when he was finished, jerking the woman back in her seat. Only then did he step back and look at the priest.
***

My thoughts: Okay, so I marked this up a bit, because I think this can be shorter which will increase the tension of the reader dying to find out what this priest is doing, who the woman is, and why she's been treated as she is.  I also think cutting some of the description will make the place seem even more stark and gloomy. This is a page turner as is, but a bit of tightening would make it killer.

Readers, your thoughts?
Posted by mshatch at 5:00 AM