A few days ago it was Bruno's 1st birthday... 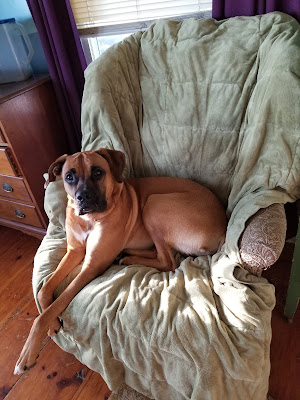 I took him over to the Animal House in Damariscotta and bought him a rope toy and a pig ear. He was very happy. It's hard to believe that he used to look like this: 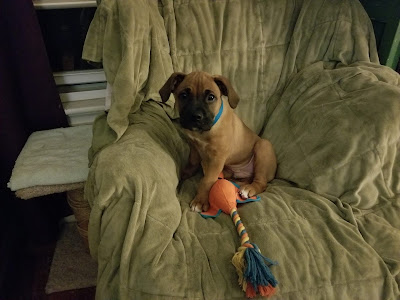 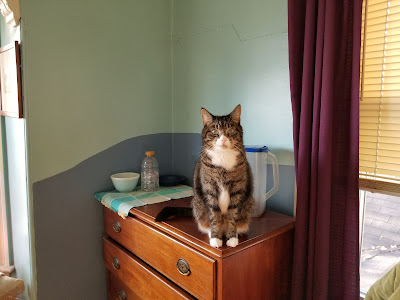 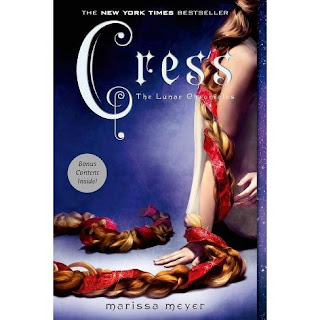 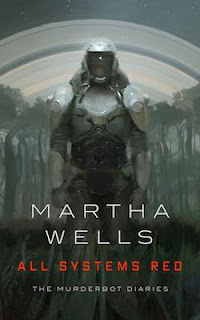 Per Wikipedia: "The Lunar Chronicles is a series of young adult science fiction novels written by American author Marissa Meyer. Each book entails a new take on an old fairy tale, including Cinderella, Little Red Riding Hood, Rapunzel, and Snow White." Cress is the third book and I highly recommend this series. Great characters, lots of action, romance, and edge of your seat escapes and entanglements. I just started the last book, Winter...

All Systems Red is a completely different book. Per Amazon: "On a distant planet, a team of scientists are conducting surface tests, shadowed by their Company-supplied ‘droid — a self-aware SecUnit that has hacked its own governor module, and refers to itself (though never out loud) as “Murderbot.” Scornful of humans, all it really wants is to be left alone long enough to figure out who it is.
But when a neighboring mission goes dark, it's up to the scientists and their Murderbot to get to the truth." This book (novella, really) was a lot of fun, and if you like scifi and interesting bots I would definitely recommend it. There are more stories, including a full length novel, and I'll be putting the whole series on my list.

In writing news I've been diligently working on revisions for BELL, BLACK, & BRIAR, and have winnowed the list of fixes down to four, some easy, some harder:
* Tabitha needs to mention to Beck that she spoke to her father - this is the easiest, just insert a line somewhere
*Dig deeper into Tabitha and Alice - harder because they're both secondary characters but still important
*Beck needs to worry more over his failing aptitude - more time consuming than anything else as it involves going over every scene with Beck
*Explain how Grainne gained control of Marybeth - I think I know how, I just need to figure out how to insert the information properly

Finally, the weather, which is cold and getting colder. We had flurries last week, and I'm back to layering myself (I should just wear a damn snowsuit), which I despise. The good news is I'll get a break next month when I go visit my mom in Florida :)

So. What are you reading? How's the weather your way? What's the last birthday you celebrated? Yours? Someone else's? Was there cake?